The story so far…

So where to start? Its been a bit of a hurricane… my usual, slightly shambolic ways stretched… First there was ZOO art fair, selling work to collectors round the world (the stag went to New York, I love that). Then there was winning Emergency2 at Aspex – all a bit of a haze, as gossiping at the back of the room, weighing up the chances of being able to get some more wine while the speaches were going on, suddenly there I am, in the middle of the room, bottle of champagne in hand having to make an acceptance speach (obviously I was torn between Oscar winning thanks to God and 1980s rally winner style champagne showers… in the end I just made of few jokes at my own expense and shuffled off). So… winning gives me a solo show in Aspex’s new gallery next year…. 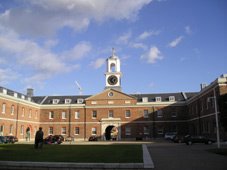 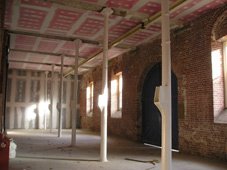 Then, its a whirl of commissions (a christmas card for MKG (www.mk-g.org) and a project for [insert space] in Nottingham (more to follow…)

Then, its Christmas. Finally I move North. This involves crazy car journeys with three years worth of accumulated junk falling out of the tailgate everytime I stop, then everything goes wrong with the new house (how do you blow a mains fuse, discuss). Take in Milton Keynes’ new IKEA on its opening weekend (but joy, they have those drawers). Maybe I’ll explain the sneaky way we dodged the queues, maybe I won’t.


Now… up in Manchester (well, just over the border in Yorkshire) finally knuckling down to making new work (currently studio-less, instead WFH). A view of the hills and sunshine on the yard.